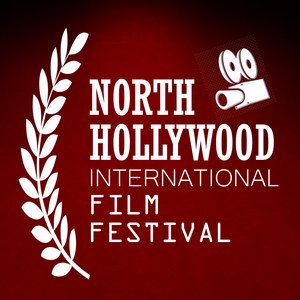 North Hollywood International Film Festival (NoHoIFF) is happy to welcome all filmmakers from all over the world to submit your films. The festival runs by PMAG's office in North Hollywood, which enjoys over a decade experience in the film and video industry. We aim to showcase brilliant movies in Laemmle NoHo7 venue in the beautiful North Hollywood district of Los Angeles for a diverse audience of cinephiles. We are going to have a world class event with physical screenings and live audience. We will have press coverage, multiple awards and exciting gifts to celebrate the art of filmmaking. All selected films will receive official certificate. If your film is not already listed on imdb, we will add it for you. Also, the release date will be added to your imdb title page. The festival has a yearly structure and the first edition will take place in October 2022.

- NoHoIFF is an international film festival, so we welcome films from every filmmaker in the world.
- In order to submit a film, you must own the rights or have permission from the producer/owner.
- The festival takes place from October 5 to 9, 2022 in North Hollywood, Los Angeles.
- Any foreign film that is not in English language must have English subtitles.
- Short films must be less than 30 minutes (including titles)
- Feature films (Fiction) must be over 60 minutes.
- Feature films (Documentary and Animation) must be over 30 minutes.
- Experimental films can be of any length.
- We accept all genres.
- Films must have been completed after January 1, 2018..
- No premiere status required.
- Films can be available online and still be entered in the competition for our festival.
- A panel of professional judges will watch all and every film to carefully select the titles for each competition section.
- All selected films will receive an official certificate.
- By submitting your film, you authorize NoHoIFF to use and share the poster, trailer, synopsis and stills in our website and social media.
- Multiple submissions are accepted.
- All fees are non-refundable.

We accept entries on FilmFreeway, the world's #1 way to enter film festivals: